LA-based Decron Properties just made its first buy in Silicon Valley and is targeting an additional $260M of acquisitions in the Bay Area this year. 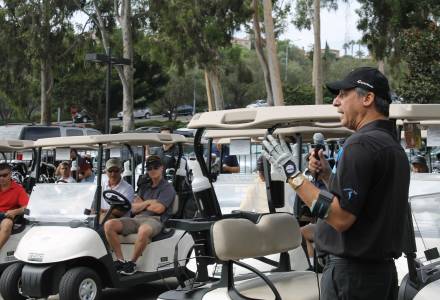 VP of acquisitions Daniel Nagel tells us Silicon Valley is a very challenging market to enter, but the firm just scooped up a 187-unit garden-style apartment community in Mountain View for $86M. Decron had been been focused on entering the submarket for more than 18 months. “Aside from learning the dynamics of each pocket of the Valley, we needed to earn the trust of the brokerage community,” he says. Here’s CEO David Nagel speaking to the sold-out crowd at the fifth annual YULA High School Golf Tournament in LA (Decron is the lead sponsor each year). 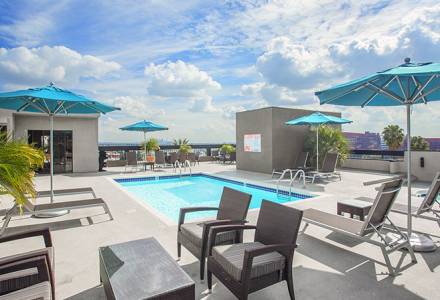 To nab its first buy, Daniel tells us he spent a lot of time on planestraveling to properties and ending up somewhere between second and last place on more than a dozen deals before establishing Decron Properties as a serious buyer. It was a slow process with many disappointments, he adds. The real estate investment and development arm of the Nagel Family Trust has owned and invested across the state for 55 years–but not in NorCal until now. The 5,000 units it owns and manages are mostly in SoCal and play host to lots of pool parties, like this West Hollywood complex. 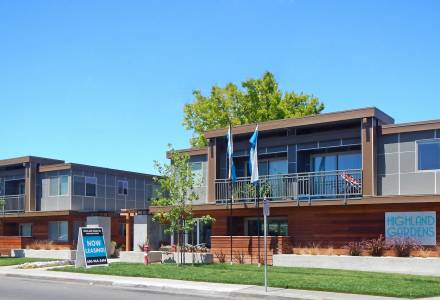 He’s got another $63M of assets teed up to close by the end of the month. Highland Gardens, at 222 and 234 Escuela, is a mix of studio, one-, two- and three-bedroom apartments. The seller, a JV between Maximus Real Estate Partners and Rockpoint Group, dumped millions of dollars into renovating the 1960s-era complex in 2013. Decron plans to further upgrade the units to match new apartment construction in the submarket.